Only two weeks to go until all eyes are on the country well-know for the Sugarloaf Mountain, samba, carnival, and famous beaches: Brazil. It's FIFA World Cup time starting with the first match at 10.00 pm (CEST). For four weeks the fans will share the thrills and cross their fingers for their teams during the live broadcasts. The competitors will really have to open the throttle. Picking up speed is also the theme of this newsletter. A firmware update accelerates the frame rate of our 2 Mpixel model mvBlueFOX3 USB3 Vision camera whilst fast CMOS and CCD sensors from Sony extend the choice of sensors for our "twin exhaust pipe" mvBlueCOUGAR-XD camera.

Keep track of your goal. 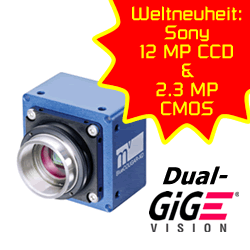 At half-time (in the year) we will celebrate a world novelty: Two new sensors by Sony, available in a dual GigE camera for the first time, will extend the choice of sensors in the mvBlueCOUGAR-XD camera with following basic data:

The first global shutter CMOS sensor from Sony revolutionizes anything previously seen and is characterized by very high dynamic response, high speed, and very low noise. For this reason, the camera is suitable for applications with difficult light conditions and shorter shutter times are possible.

Both cameras are available as samples in limited quantities and will be published on our website soon. Until then, please contact our sales team if you have any questions. 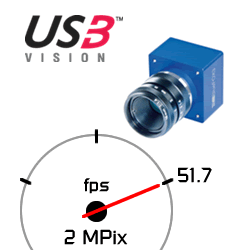 A new firmware update makes the 2 Mpixel camera mvBlueFOX3-1020 even faster. The CMOS camera with a resolution of 1600 x 1200 pixels reaches a frame rate of 51.7 frames per second at full resolution. The CMOS sensors from e2v are well-known for their image quality comparable to that of CCD sensors. Both image quality and impressive sensitivity make the sensors suitable for a multitude of applications. A further advantage is the built-in linescan mode. 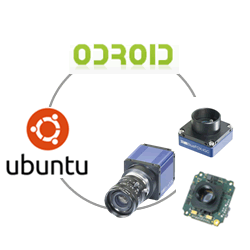 Embedded systems already have a long and stable reputation with research, teaching and for hobbyists. Powerful ARM based representatives are the ODROID boards from the South Korean manufacturer Hardkernel. We successfully tested our driver with

using Ubuntu Linux distributions. Our installer script installs the driver completely and will take care of everything for you. 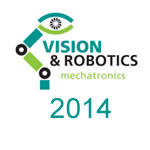 Come to Veldhoven and take the chance to see the mvBlueCOUGAR-XD with the new Sony 2.3 Mpixel CMOS sensor IMX174 in action on booth 56. Furthermore we will show you the mvBlueFOX3 with the latest firmware update, which includes product optimizations and new functions like frame averaging.