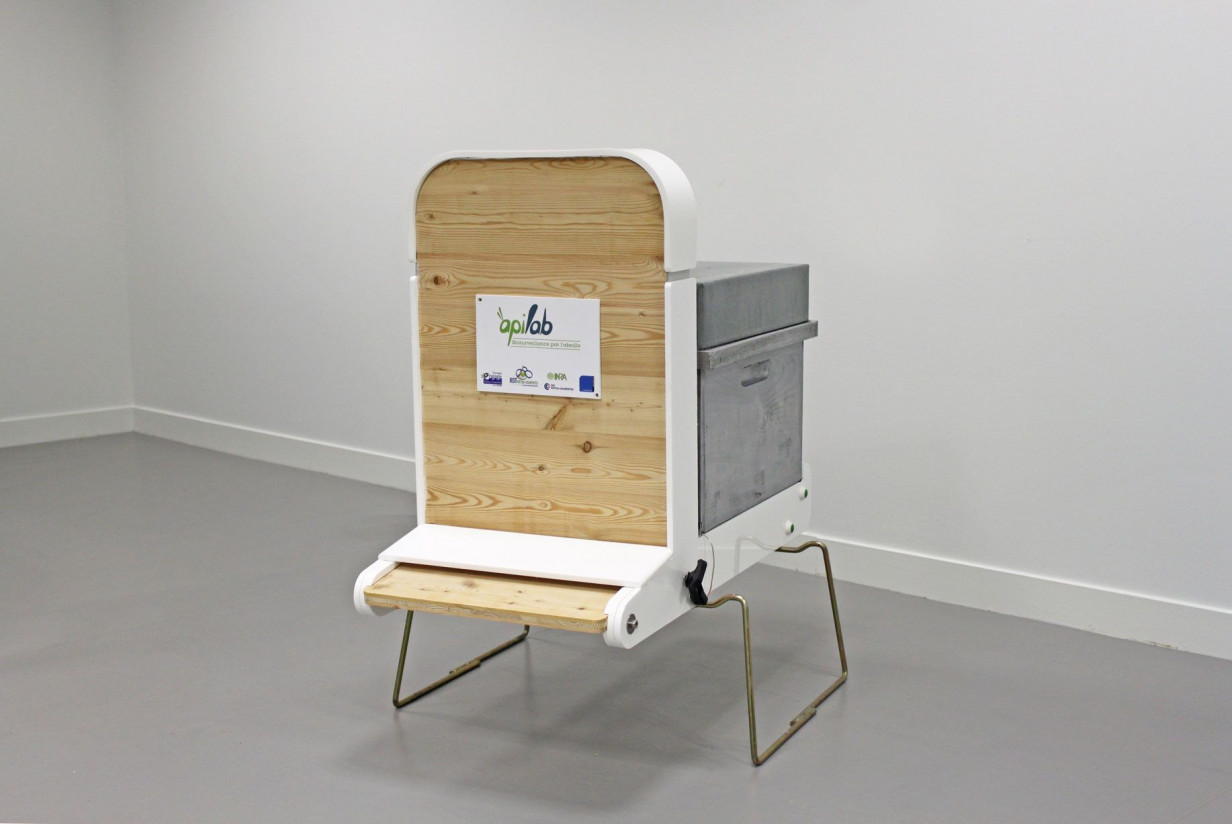 Since the beginning of the new century massive numbers of bee deaths involving the disappearance of whole bee colonies in Northern America and Europe have been documented. Although many factors like pests, pathogens, and pesticides are known to affect bee populations, the factors for this disappearance are still not all known. Since most bees die outside the beehive, it is difficult to investigate the reasons for the decrease in numbers. Once a higher mortality rate has been recognized it is often too late to start an investigation and to come to useful conclusions.

In 2010 the French research agency Apinov, which has an international reputation in bee research, created the brand Apilab. Apilab's objective is to offer services in the area of bee biomonitoring and to establish complete monitoring throughout Europe.

With these parameters, Apilab can send a delayed or real-time alarm if the beehive behaves abnormally. This includes a sudden falling in the activity rate, a rapid rising of the mortality rate or if the beehive falls over. In search of a suitable technical solution, Apilab chose a camera-based prototype system which was developed by the French National Institute for Agricultural Research (INRA) located in Avignon, France. Named "Apialerte", Apilab continues to develop the system under licence. At the end of 2012, Apilab completed the first commercial version of Apialerte. Apialerte acquires the data and provides the information via an Internet interface. Customers can login and request the data.

Of course the data helps to solve the disappearance of bees. But bees react more sensitively to environmental influences than man so that Apialerte can be useful to serve as an early warning system for man too. A complete monitoring system throughout Europe would be a win-win-situation for both bees and man. Apialert can be especially useful in connection with the ISO 14001 and ISO 26000 standards and with the European Eco-Management and Audit Scheme (EMAS) which handles the responsibility of companies relating to environmental and employee issues. For this reason Düsseldorf airport already runs a system to monitor the air purity using bees.

A single biomonitoring unit consists of three beehives and three Apialert systems. One Apialert system observes one beehive. All three Apialert systems are connected to a Linux PC (Figure 4). The PC handles data processing and provisioning via mobile communication (GSM). For customers, the collected data is available via an Internet platform after logging in. Every Apialert system is equipped with a mvBlueFOX-IGC200w. The 1/3" WideVGA sensor features a high dynamic range mode for high-contrast images which represents an excellent base for image processing in the counting application. Decisive factors for the choice of the MATRIX VISION camera were Linux compatibility, S-mount lens, low power consumption, and, in particular, a very good price-performance ratio.

But the development is not finished yet. Apinov has already integrated a temperature sensor, because the temperature also influences the activity of the bees. Furthermore, the current system still needs a 220 V power supply. A future version of the system will work self-sufficiently. Nevertheless, Apinov collected several business awards for Apilab. Besides Eco-innovation in 2012, the prestigious environment prize of the "Forum national des Eco-entreprises" in the category "Water and Ecology Engineering" was won by Apinov in 2013.