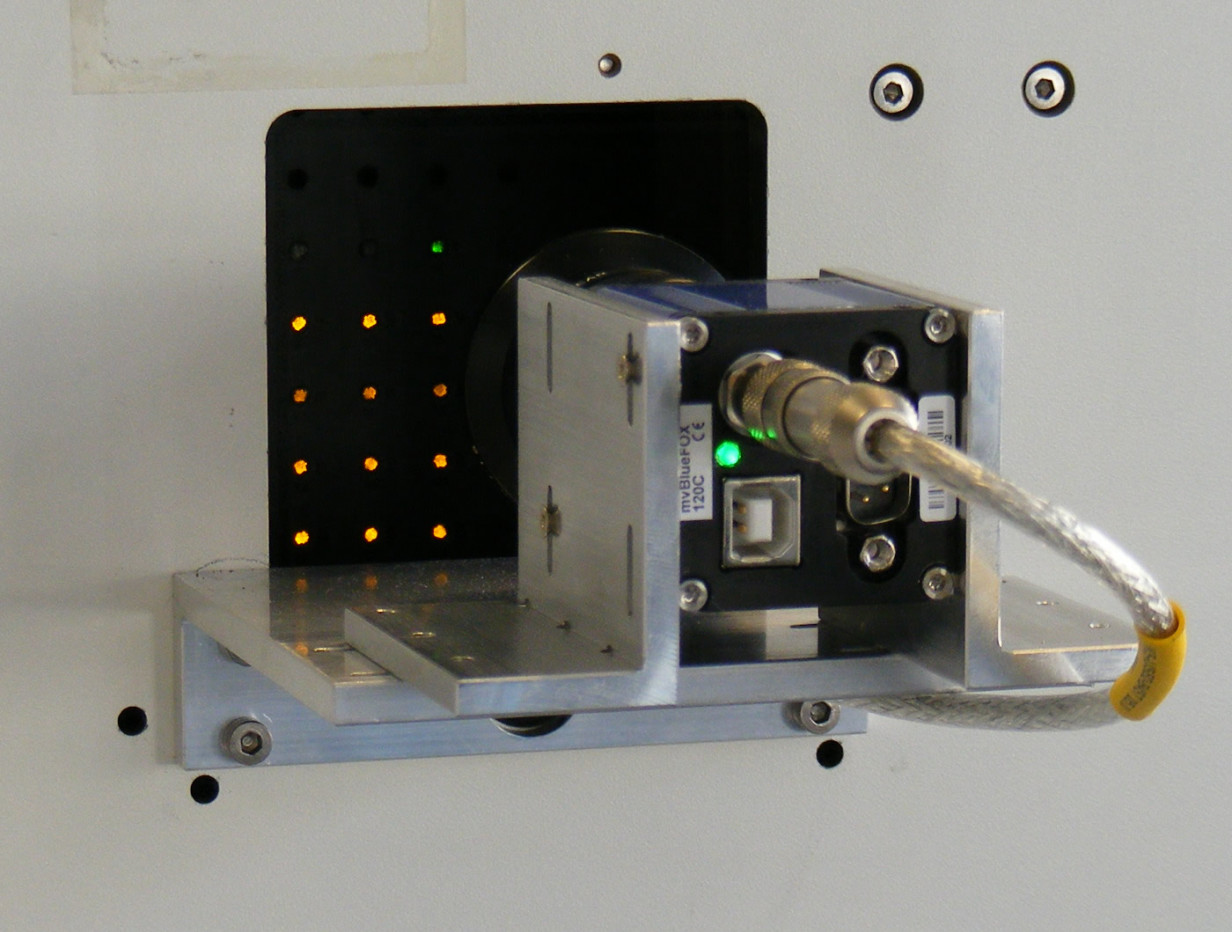 Easy integration of hardware and software in existing test envrionments

For the check of LED’s on printed circuit boards, the company Murrelektronik based in Oppenweiler, Germany needed a testing system to replace the used system, which was prone to fluctuations in color hue and luminosity. However, the hardware and the software have to be integrable to the existing testing environment of Murrelektronik. The company looked for a partner and found MATRIX VISION which has the suitable components.

The decision for the right hardware was easy: given that the PC was next to the testing system, USB 2.0 could be used and thus the mvBlueFOX. This industrial camera had two advantages: it was very small and offered a high image quality. However, with the choice of the hardware, the planning of an image processing application is finished in part. The real processing using image analysis or realization and thus the icing of the cake is done by the software.

The up to now used system was prone to fluctuations in color hue and luminosity. For this reason, the test system has to be adjusted and could not be used during this adjusting after a change of the LED manufacturer. In contrast, a camera based solution, which checks the function of the LED’s (on/off), the color (red, green, yellow) as well as the luminosity of the LED’s is tolerant to the fluctuations. However, till then several problems had to be solved: On the one hand the check of the LED’s on the board was difficult, on the other hand the software solution had to be integrated into the existing Visual Basic software environment of Murrelektronik.

The first task was solved by using fiber optics. The light of the LED’s is displayed on a black plate. Together with the camera, this plate is placed in a housing, which is protects from the daylight. To adjust the distance between the camera and the plate, the camera is mounted on a rack. The lights of the LED’s show a matrix. With the aid of the mvIMPACT modules Blob and Color this matrix is checked. The color module converts the color space and masks sites, which are not bright enough, using a threshold. The blob module acquires all single light dots. As a further step, the color is check with a color threshold. All steps combined result in a binarized image, which displays white areas. These areas achieve the test parameters. The number of black pixels is counted and compared with a pre-defined standard size. Given that the software tools support Visual Basic, the integration into the existing testing framework of Murrelektronik was easy.