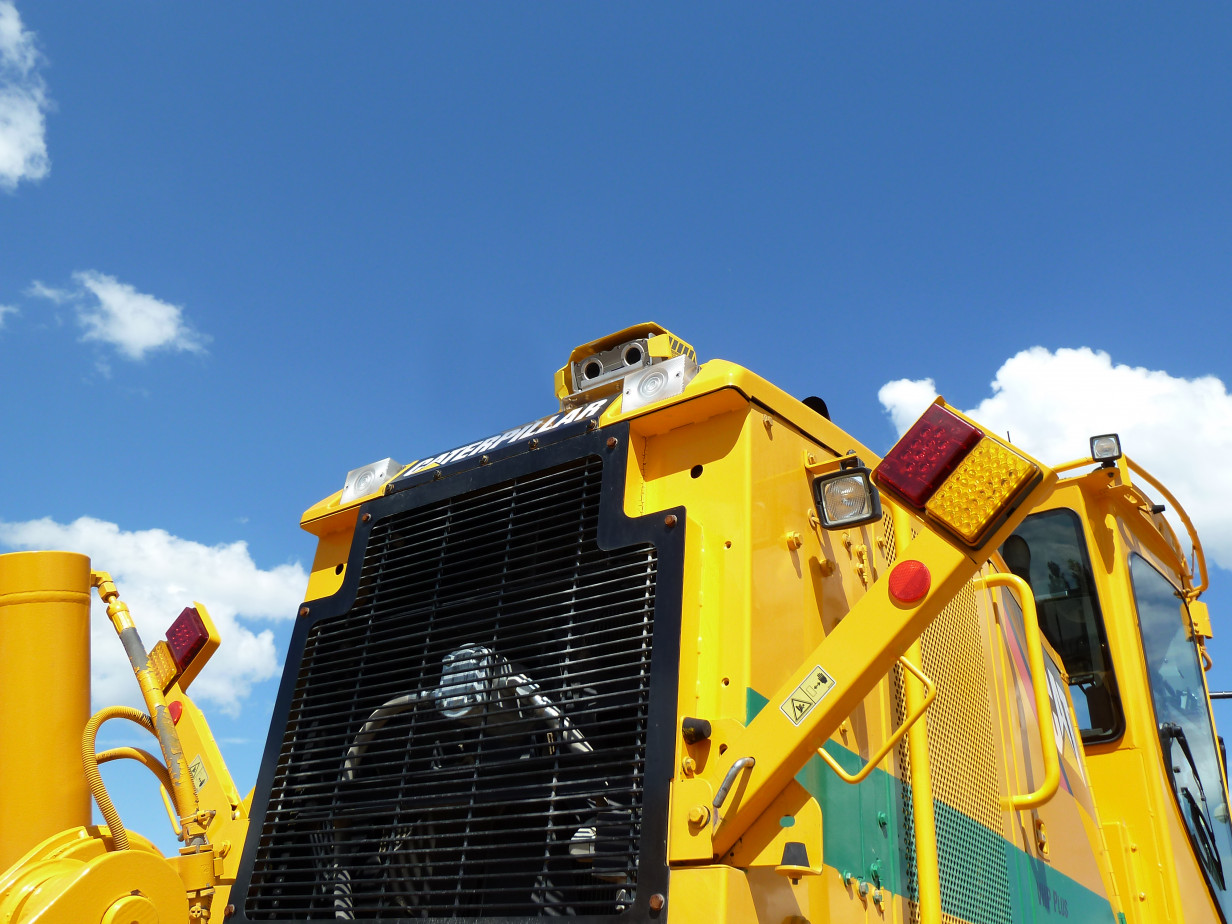 It doesn't matter if oversized off-highway dump trucks or "smaller" construction machines like hydraulic excavators, wheel loaders or road rollers, there is a limited view of the driver and therefore a high risk of unseen workers around. The vast majority of companies count on acoustic reversing alarm in conjunction with commercial vehicles or construction machines, which is even legally required in some European countries. However, acoustic reversing alarms are not a cure-all. On the one hand, the alarms at close range can be very loud and annoying on construction sites at night. On the other hand, the alarm could be drowned out by normal noise on construction sites or in combination with a music player and headphones. To guarantee improved safety, the responsibility for this should be transferred to the construction machine and thereby the driver. For this, the French manufacturer Arcure from Paris created the Blaxtair system. This system acquires the danger area of construction machines in three-dimensions and checks if a human being is located in the danger area.

Blaxtair is based on a stereoscopic vision system, containing two digital mvBlueCOUGAR-X Gigabit Ethernet cameras as well as a powerful real-time image processing systems. It can detect human shape regardless of position: standing or kneeling. The mentioned algorithms are used to scan the 3D data and to process whether a person is located in a specific area. The computation is done with a pace of 10 pieces of information per second. If an obstacle was detected, the driver will be alerted within 300 ms after the event. The alarm is done both optically (flashing light and colored flat screen) and acoustically (alarm). Three different statuses are available: green for "cleared zone", yellow for "warning event", when a human being is in sight, and red for "danger zone" when a human being is too close.

Arcure made long tests of several digital cameras from different manufacturers and finally chose the mvBlueCOUGAR-X. Decisive factors in this were several features of the camera that are unique to some extent. Especially the accurate synchronisation of master and slave cameras with the help of timestamps as well as the automatic exposure and gain control (AEC and AGC) of master and slave cameras represent elementary functionality which is needed by the stereo system. Arcure is also convinced by the automatic control of the gain and the exposure due to the result of an area of interest (AOI). Furthermore, placing the mvBlueCOUGAR-X in a closed IP69K housing turned out to be unproblematic due to the low power consumption and the small and robust housing of the camera. Even a temperature of 70°C (158°F) for several hours led neither to any system failure nor to permanent electronic damage. "The fast integration of additional features as well as the easy manipulation and the quite large camera settings choice of the software interface have strongly reduced the electronic research and development phase", says Patrick Mansuy, president of Arcure. "Without this flexibility of MATRIX VISION - not only related to the hardware - this would not have been possible", continues Mansuy.

Horst Mattfeldt, MATRIX VISION product manager, tells what the challenge was in combination with this 3D outdoor application and where this solution could be used in other applications. On the PC, the detection algorithm needs a lot of CPU power, which smart cameras can not offer at the moment. An industrial X-86 multi core processor used with Linux is suitable for this task. Also the cameras are subject to high requirements: to use them at the operational site, they have to be very robust and insensitive to high temperatures. A high shock-resistance was also demanded by Arcure as well as temperature observation. A fast image processing was a must as well. An automatic gain and exposure control wihtin AOI's deliver good image quality no matter what the local lighting conditions are. For the implementation of the safety system, long and insensitive cable connections between PC and the camera were an important element as well as the synchronization of both cameras.

The environmental monitoring of moving objects is a useful application for such 3D systems. Alternatively, static surveillance systems could also be implemented.

The fast integration of additional features as well as the easy manipulation and the quite large camera settings choice of the software interface have strongly reduced the electronic research and development phase. Without this flexibility of MATRIX VISION - not only related to the hardware - this would not have been possible.