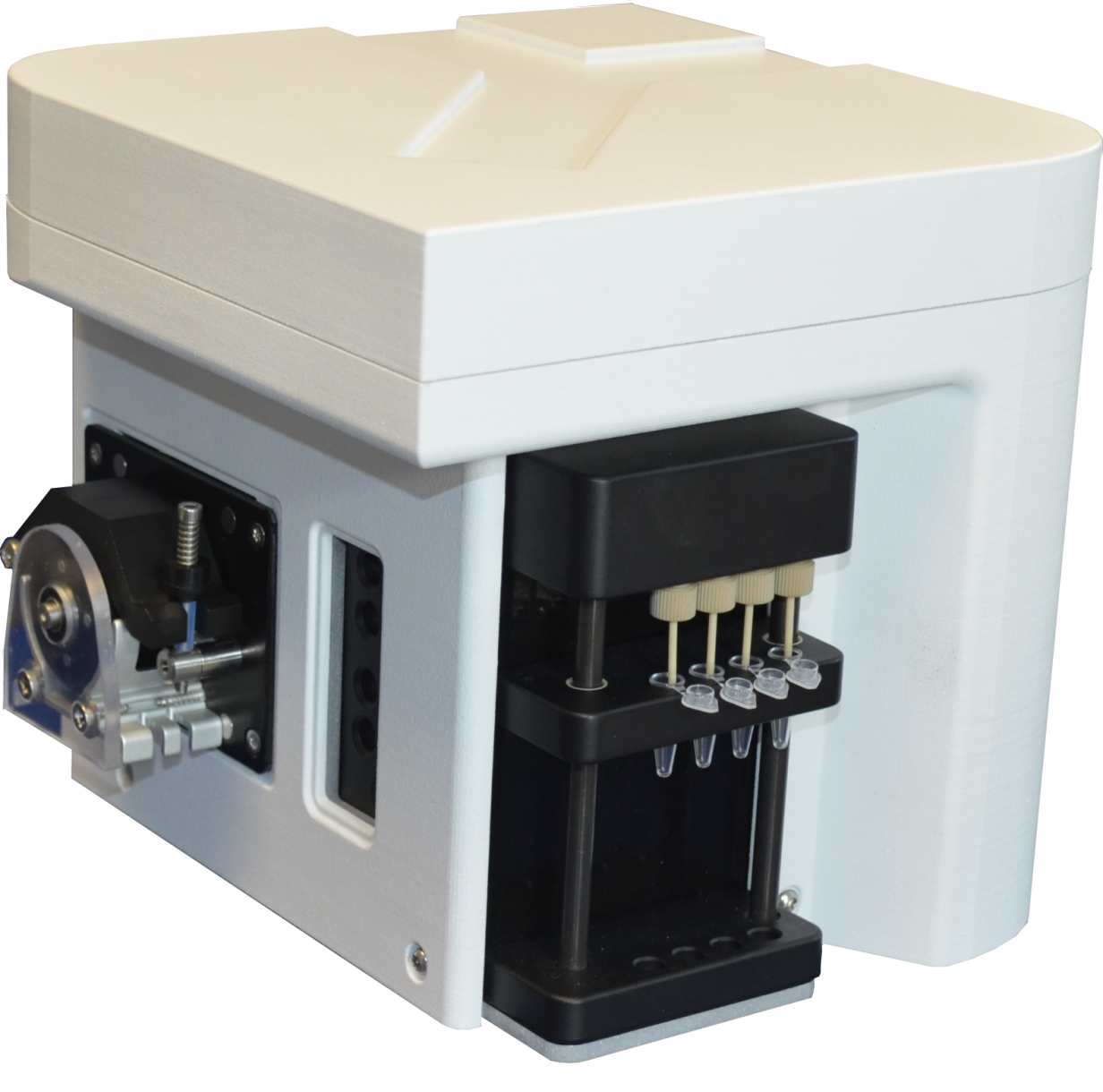 The body undergoes continuous biomolecular interaction, which is best illustrated by the human immune system. If endogenous or exogenous antigens (biomolecules), such as flu viruses, enter the body, this triggers a process which culminates in the production of antibodies (biomolecules). On the one hand, they occupy viruses preventing them from docking on host cells, and on the other hand, antibodies can label host cells which are already infected, enabling T-killer cells to kill them. This process can also affect harmless antigens, which is known as an allergy, or may affect places other than those which are actually targeted. Cancer cells are the best illustration of the latter. Cancer cells could be labelled with the right antibodies, in which case the body's own immune system would then fight them.

However, this is easier said than done. Unfortunately, there are tens of billions of potential candidates in the search for suitable partners and bonds, and all of them have to be tested. Fluorescent or radioactive indicator substances are normally used for these tests, but they are capable of interfering with the natural activity of the biomolecules. Needless to say, there is no such thing as perfect preconditions for pharmaceutical companies; firstly, labelling processes are expensive and, secondly, there is a risk of results being falsified. More notably, the risk of falsified results has prompted the U.S. Food and Drug Administration, or FDA for short, to call for label-free testing methods.

As a spin-off of the University of Tübingen, Biametrics has refined the development of label-free testing and has had its own portfolio of patents since 2007. The SCORE (Single COlour REflectometry) method comprises innovative measuring methods, surface chemistry and assays for the time-resolved detection of any type of biomolecular interaction. The technology was first implemented in the b-screen, the first label-free analytical device from Biametrics. The b-screen is a high-throughput device that works with a CameraLink-based scientific camera in association with an FPGA-based frame grabber. As the slightest changes in light intensity must be detected, many images have to be aggregated, which has been calculated in the FPGA of the frame grabber up to now. The b-screen, the high throughput of which enables it to analyse up to 22,500 interactions per cycle, is designed for screening applications in pharmaceutical research. Consequently, it meets the requirements of pharmaceuticals companies to have a quick and effective means of conducting analyses.

However, a lower throughput is often sufficient for universities and smaller laboratories, which has prompted Biametrics to get to work on the development of a considerably less expensive and smaller system. Biametrics identified potential cost savings by swapping the existing CameraLink solution, which has a camera and frame grabber, for a USB 3.0-based camera solution. This would also support connection to laptops and tablets. However, to enable this to work smoothly, the new, low-cost system would not be able to use much or, ideally, any of the host system's processing power. Was this a pipedream that was beyond them? Biametrics didn't think it was and embarked upon its research into a suitable USB 3.0 industrial camera, discovering the mvBlueFOX3 series.

The mvBlueFOX3 has an FPGA, which can perform many tasks and features directly in the camera in conjunction with the image memory. MATRIX VISION calls them smart features as they make a standard industrial camera smarter. The smart feature that won Biametrics over was frame averaging, which could be used as an equivalent to the existing solution. This enabled Biametrics to focus fully on enhancing the analytical technique, and it has demonstrated its worth. Biametrics has announced that it will soon be set to launch its mobile analytical tool, the b-portable.

The device will not only be of interest to the target group which has been defined, it will also be useful for point-of-care diagnostic procedures thanks to its portability. The Robert Koch Institute's vision is to screen passengers arriving from high-risk areas for the likes of Ebola before they leave the airport. With this objective in mind, the Robert Koch Institute has entered into cooperation with Biametrics.

MATRIX VISION is the ideal partner for implementing our requirements cost-efficiently and without any undue complications. MATRIX VISION has supplied us with the right camera solution, saving us from having to go to the expense of developing one of our own. This customised solution enables us to harness the performance of the sensor that we are using for our application without being unduly restricted by the limitations of standard camera electronics and firmware. 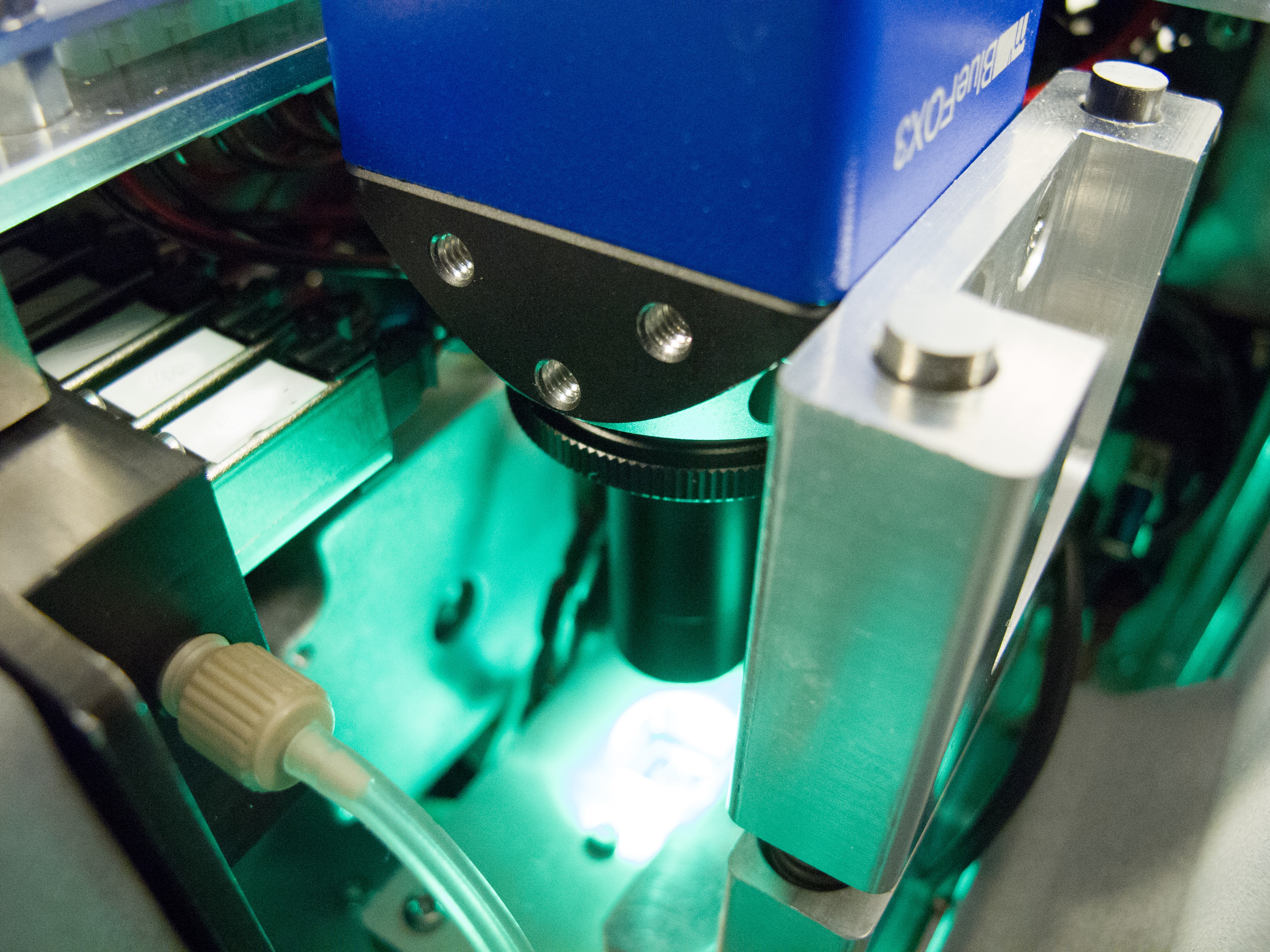