Smart camera as modular retrofit kit for traceability of shipments 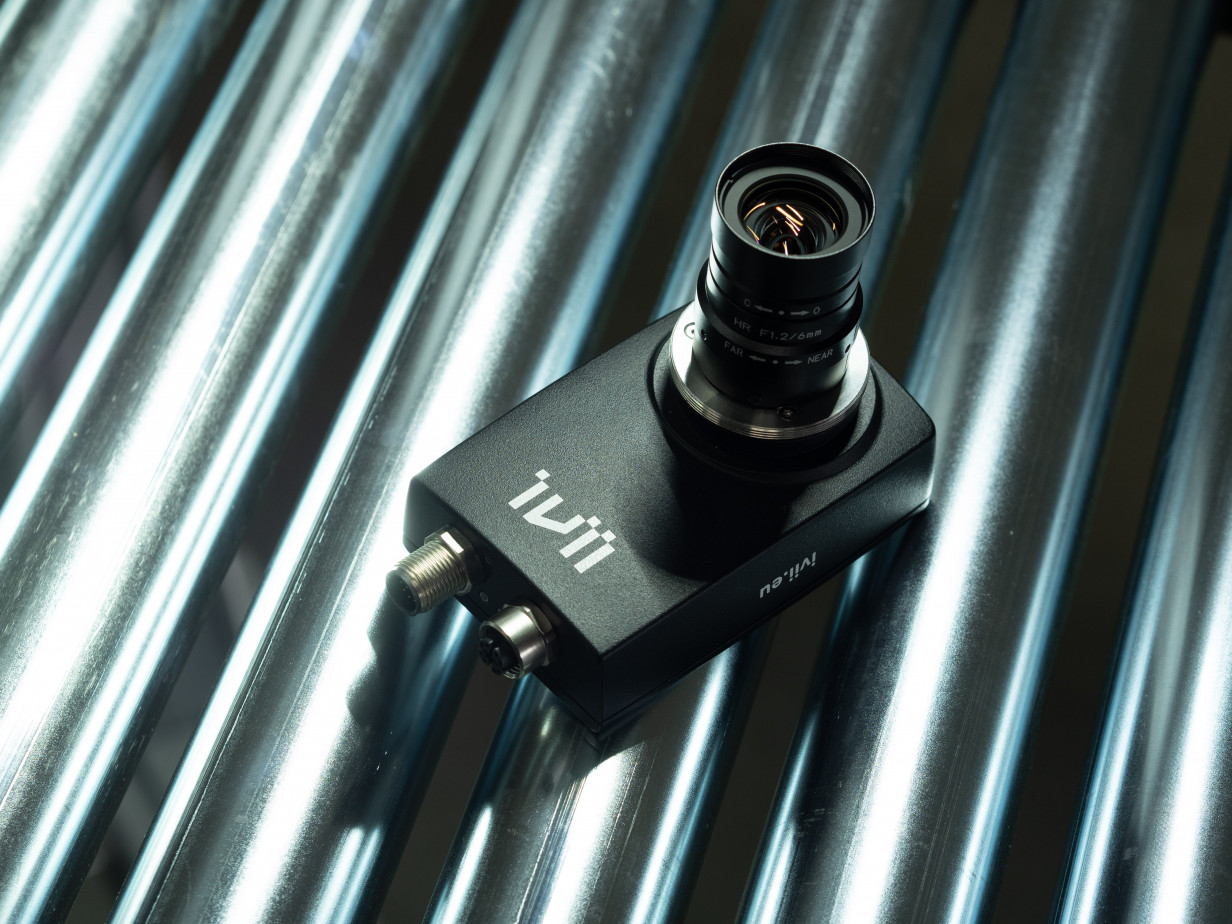 The Internet has fundamentally changed consumer behavior. Not only consumers, but also companies are ordering an ever greater amount of goods on the Internet. So it is no wonder that since the year 2000 (with the exception of 2009 due to the financial crisis), the number of packages sent by couriers, express services and regular parcel delivery services has risen continuously and reached a maximum in Germany in 2017 with 3.35 billion shipments. More recent numbers have yet to be released by the Bundesverband Paket und Expresslogistik (BIEK = Federal Association for Packages and Express Logistics), but it looks as if this number had probably been exceeded in 2018, too.

The number of deliverers or package service providers is not increasing, however, so there is of course a growing time pressure to handle the workload from the nearly 11 million merchandise shipments per shipping day. It is evident that handling of shipments is suffering from this, which of course can sometimes be compensated for by good packaging. Yet you only need to send something fragile or edible, and then even the best packaging concept reaches its limits. Damaged goods are a threefold nuisance for the shipper. First, the shipper's reputation suffers. Second, out of goodwill, the shipping company usually sends the goods again at its own expense to save its reputation. Third, there will still be disputes with the deliverer to clarify the cause and the question of cost.

The fact that these costs do not amount to peanuts is seen in the statistics for 2018 from the product return management research group. Last year, approximately 280 million packages were sent back, which incurred total costs of an estimated 5.46 billion euros. Thus a return shipment alone costs 19.51 euros on average, half of which is for the transport. Certainly many cases involve B2C shipments in which, for example, goods were tried out and the size wasn't right, so then the shipments went back. However, goods that were picked incorrectly or damaged also make up a considerable portion of the returns.

ivii recognized the lack of an option for shippers to verify the shipment status and order picking and resolved to find a practical solution. Practical means that the solution should be compact and modular so that it can be conveniently retrofitted as an additional unit, for example, on a conveyor belt. The product named ivii.photostation takes a picture of the loading equipment (such as boxes and plastic containers), links this with a timestamp and routing label for the loading equipment and stores this information on a server.

For the estimated 1600 containers per hour that ivii assumed, it became clear relatively quickly that a traditional solution consisting of an industrial computer and a camera is too large for a modular solution, uses too much electricity and makes the entire structure too complex, which would naturally have an impact on the overall costs, too. ivii thought there must be something more clever and began researching the image processing market.

While researching, ivii came across the concept of the intelligent camera. Intelligent cameras are small, optimized, all-in-one solutions-that is, a camera, interfaces and a computer are combined in one housing. They deliver high performance in relation to their space-saving size and low power consumption. And yet, not all intelligent cameras are alike. Some cameras offer only a Linux OS, requiring the user to personally handle the image processing by doing everything from setup to programming. Others specify image processing software whose syntax has to be learned and whose applications have to be configured appropriately while not allowing for any excessively deviating values.

Neither of these would have been a challenge for ivii, but why make the effort when there are already solutions on the market that correspond to their requirements. mvBlueGEMINI from MATRIX VISION is not just an intelligent camera; with the "mvIMPACT Configuration Studio" Smart Vision software it becomes a smart camera. The smart camera provides everything ivii was looking for in its compact solution. The hardware comes with the right interfaces for acquiring images when triggered and for controlling a lighting system, and with a network connection so that image data can be loaded onto a server. After a trigger event, the software can switch the lighting system and acquire an image as well as store the image data on an FTP server along with a timestamp and routing label.

With that, the technical basis for ivii.photostation had been found. Achieving the goal only required configuring the available tools. With an elegantly designed mechanical system, which includes not only the smart camera but also the lighting system, ivii achieved its self-defined goal of the retrofittable solution having a total weight of about 50 kg and a low space requirement of 1200 x 1200 x 1140-2040 mm (L x W x H). ivii.photostation can be integrated into conveyor systems whose conveyor technology has a minimum top edge of 300 mm, a maximum top edge of 1000 mm and a nominal width from 270 to 450 mm. Loading equipment with a length from 250 to 650 mm, a width from 180 to 430 mm and a height from 50 to 310 mm is supported. 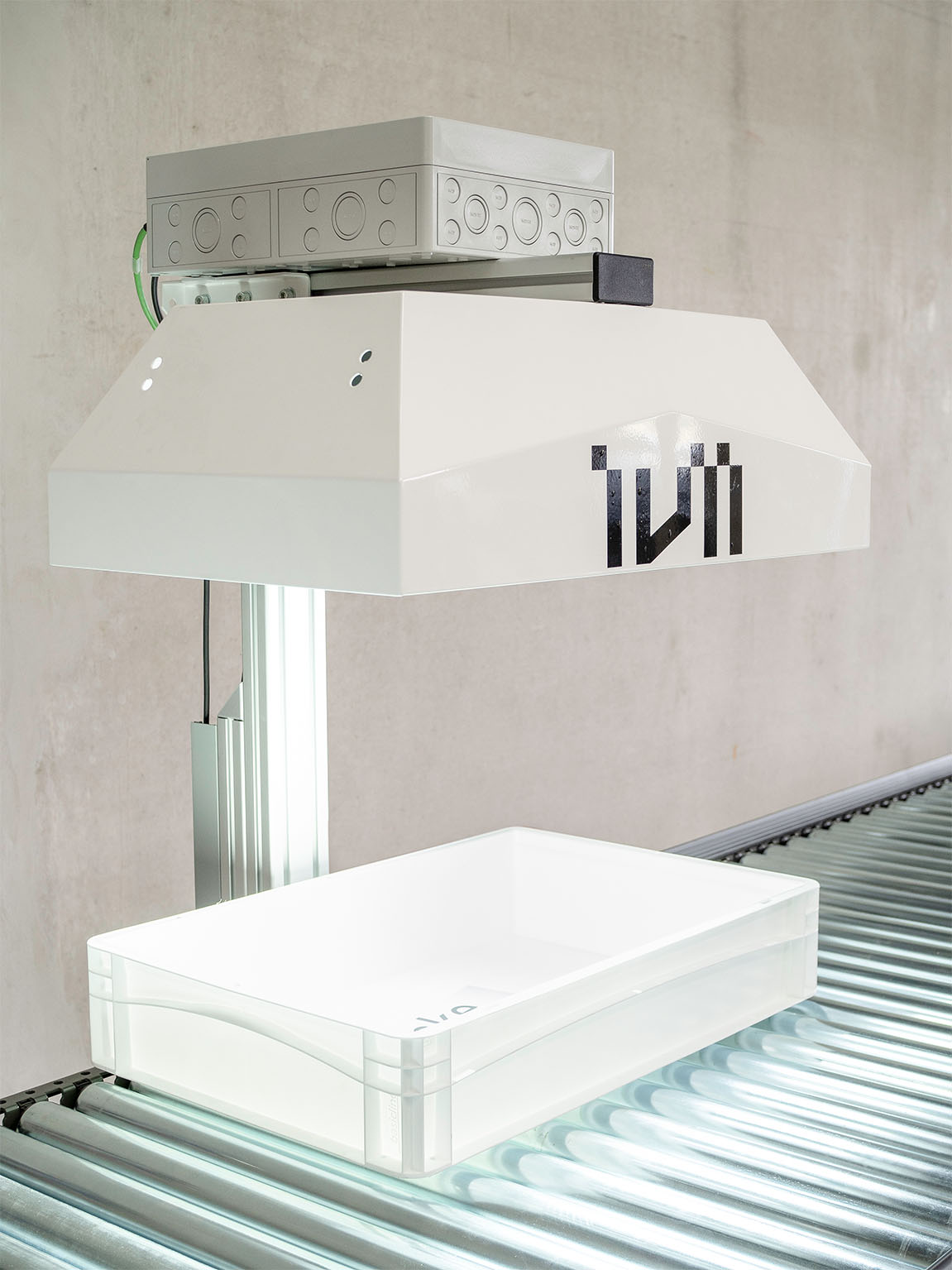