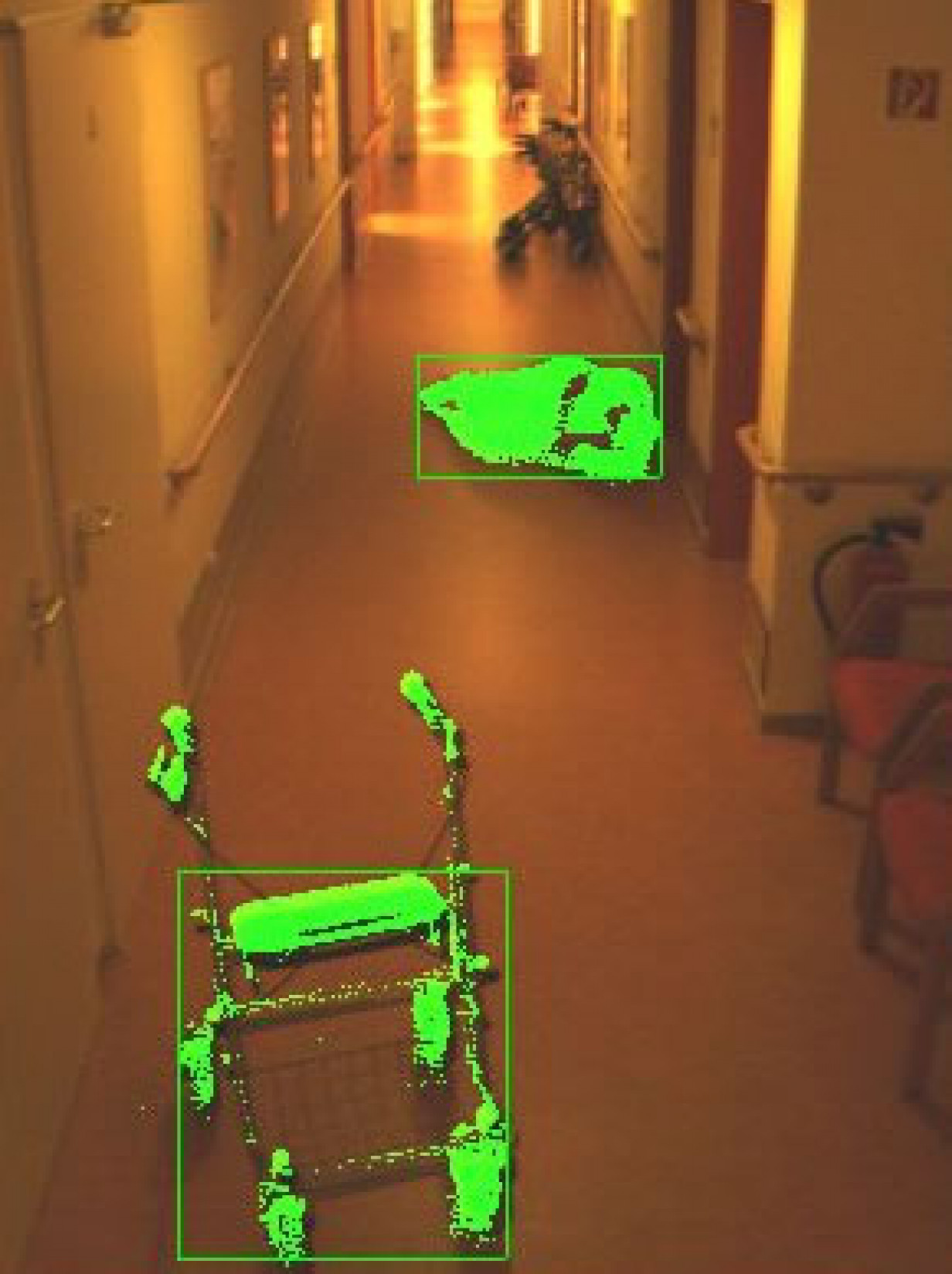 Surveillance systems based on distributed camera networks are emerging today as demand for enhanced safety has increased. A variety of areas are covered by such systems, for example, monitoring of power plants, shopping malls, hotels, museums, borders, airports, railroad stations, and parking garages. These installations often have several cameras that are widespread and hard to monitor. In typical CCTV surveillance systems, the live video streams of potentially hundreds of cameras are centrally recorded and displayed on a huge monitor wall. Security personnel then have to analyze the streams and detect and respond to all situations as they see them. For example, in a typical Las Vegas casino, approximately 2000 cameras are installed. To track a suspect, the person must be followed visually by a specific camera. When the person leaves one camera's view, there must be a switch to the next appropriate camera to keep up tracking. Furthermore, suspicious activities have to be detected visually by security personnel. Because of the quantity of raw video data and raw, counterintuitive visualization, these systems must deal with the fatigue of the security personnel to perform the necessary tracking and activity-recognition tasks reliably. One military study indicates that after approximately 22 minutes, an operator will miss up to 95% of scene activity.

The smart camera mvBlueLYNX observes corridors and halls and will alarm in case of an emergency.