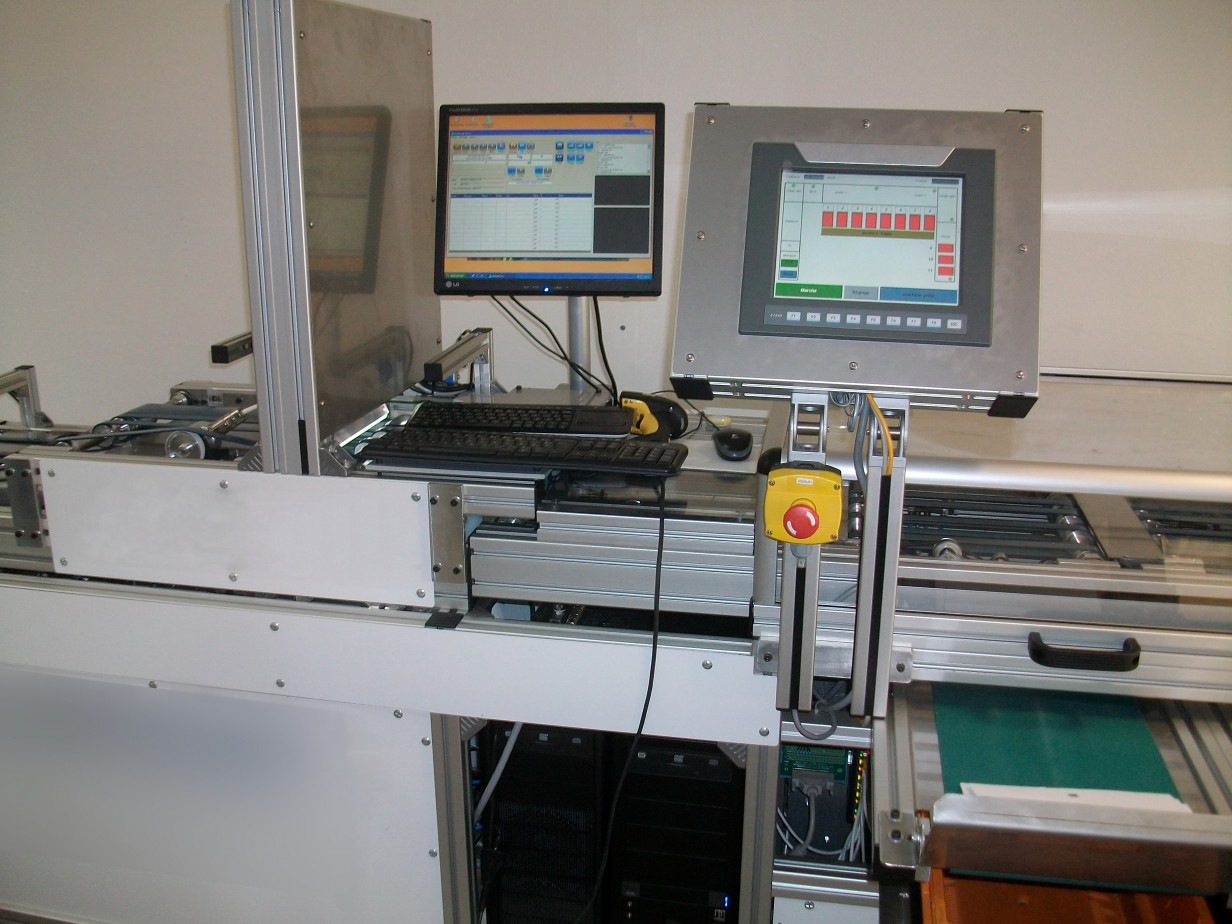 The daily walk to the letter box gives us a clue: almost every day we receive "traditional" messages as letters. The amount of letters in a year and throughout the world is almost unimaginable. Although private letters are nearly replaced by e-mail, social networks, business letters like account statements, invoices, advertisements, invitations are still sent "traditionally".

The French company Luderi is one of the companies which first integrated smart camera in letter sorting machines 10 years ago. The goal was to simplify the design of sorting machines and to optimize the processing time towards real-time. By using a smart camera the real-time capability was increased, because the smart camera could be connected to a server directly (to save the tracking data) or to control the sorter. Additional components like frame grabber, I/O cards etc. aren't required anymore. Because of the latency of the bus system, frame grabber solutions keep some uncertainty.

Since 2012 Luderi uses the next generation smart camera mvBlueLYNX-X with powerful 1 GHz ARM-Cortex-A8 core, 800 MHz DSP and 512 MB DDR-RAM. The enthusiasm was great so that the new project was solved using the mvBlueLYNX-X. The project was a control module for an envelope machine. The module checks the fold of inlays if the amount is correct as well as the layout (right amount of fold and sites), furthermore it saves the data in a database for the following processes. If quantities are missing, the module will support the reproduction with the necessary information. The mvBlueLYNX-X checks eight envelopes per second and according to the complexity of the application, the mvBlueLYNX-X is four times faster than the previous solution. For example up to 30 labels can be checked per second. "We are impressed by the performance of the mvBlueLYNX-X concerning high amounts of data," says Pascal Repiton, manager and system engineer at Luderi. "This makes it possible to transfer more complex tasks into the camera," continues Repiton. But that's not the only advantage. "We also replaced the CDD line scan camera by a CMOS matrix camera. The CMOS camera installed faster and the camera is cheaper. Likewise the needed lighting system is less complex and hence cheaper as well." The customer is satisfied: eight systems were taken into service and more systems are ordered. For this reason Luderi started to port existing mvBlueLYNX applications to the new mvBlueLYNX-X.

We are impressed by the performance of the mvBlueLYNX-X concerning high amounts of data. This makes it possible to transfer more complex tasks into the camera.