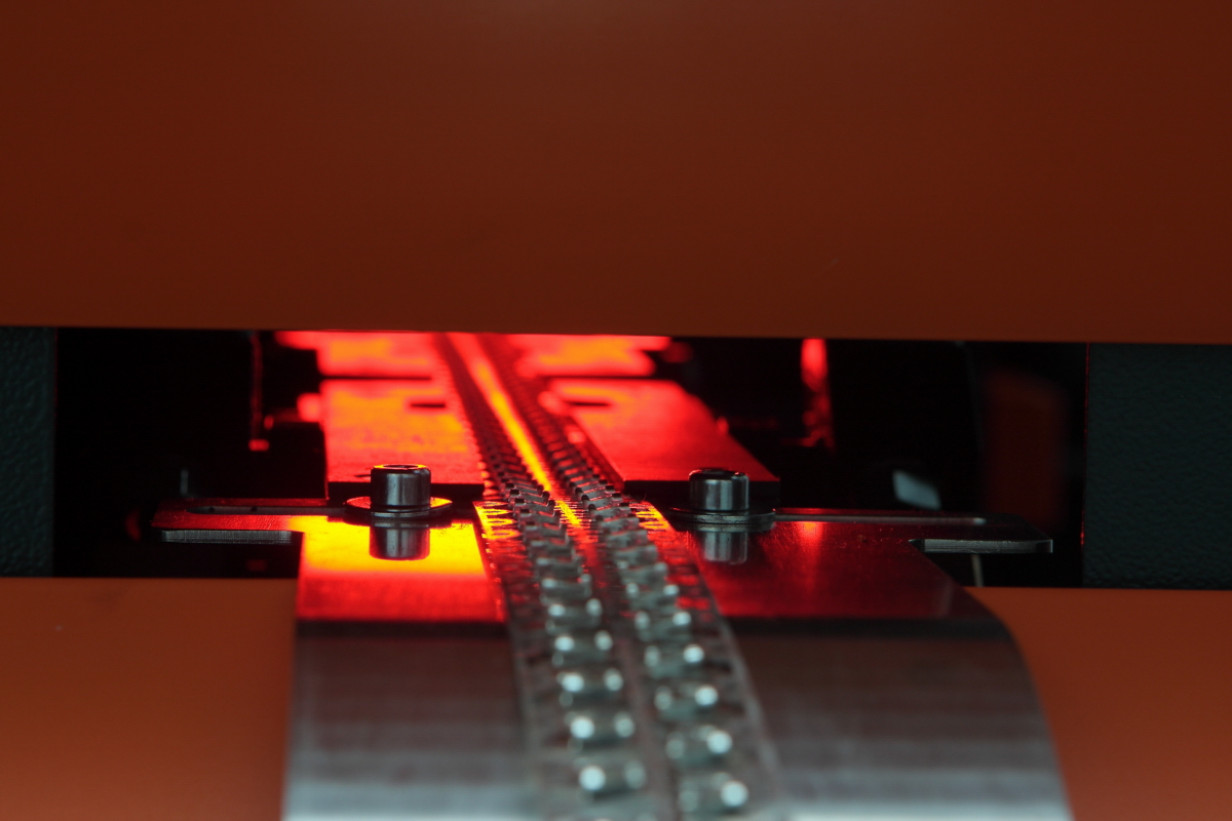 Especially for multi-camera solutions, the USB 3.0 standard with its bidirectional communication and the elimination of the device polling created the ideal foundation to replace FireWire cameras. The availability and the high bandwidth are further advantages of the USB 3.0 interface. For this reason, the system integrator Hayeg Processcontrol replaces the Firewire cameras by USB 3.0 cameras and relies on the USB3 Vision expertise of MATRIX VISION and its industrial camera mvBlueFOX3.

In the automotive area, the pressure on costs and quality has always been high and relates to all components. Regardless of whether these are stamped, injected, galvanized, or mounted - 100 % monitorings are demanded, although they are not always realizable. Reflective surfaces, very low parameters, or high speeds, for example, are reasons that inspection applications are difficult to realize or items are only checked partly. It is a bit like gambling, but the suppliers live with the consequences that whole lots could be sent back, the suppliers image may suffer, and considerable follow-up costs could arise.

As a system integrator with direct contact to the customers, the company Hayeg Processcontroll GmbH located in Freyung, Germany knows these problems and for this reason started to develop a new product family in 2011. Firstly, they created an intuitive image processing software with one touch control concept. Besides surface inspection and geometry testing, the software masters mounting controls as well. After finalizing the software, Hayeg started to develop a modular and universal inspection cell. The concept of the cell contained contactless surface inspections and measurement tasks for stamping and metal forming technology. As requirements for the hardware, Hayeg also defined reproducible precision in the micrometer range, speeds up to 2000 items per minute, and it should be possible to include the cell into assembly lines as a modular element with integrated belt drive.

The challenge of the cell lies in the interaction of guiding, mechanics, camera, lighting system, optics and the environment. The mechanics is often underestimated but extremely important for precise measurements. The idea was that the inspection cell can be modified reproducibly according to the test item. This requires a high-precision scaling of the mechanics. In this way the cell can inspect different items in no time. There was also no suitable lighting system available for the cell which reaches the full brightness after switch on, has a low power consumption, has no changes in the brightness, and shows a long operating life. Here as well, Hayeg started to develop a lighting system on their own.

For mobility and the operating within rough environments like the stamping or the assembly department, Hayeg came up with something special. On the one hand the industrial grade housing features industrial rolls on the other hand a ventilation provides a dust-free environment in the housing. Hayeg relied on robust FireWire cameras which offer a high bandwidth, a standardized camera control, and suitable for multi-camera systems. The latter complied with the modular concept of the system which should support up to 6 cameras. This should enable three-dimensional image acquisitions, too. Additionally, high-resolution, telecentric lenses ensure distortion-free images. Finally all components were chosen, programmed, developed, and integrated, and Hayeg could start sales of the HCS named series.

Joy was to be short-lived, however, with this innovative result. In 2011, the decision to choose FireWire as the desired interface in combination with the demands was right, however, the ending came faster than expected and the manufacturer discontinued the FireWire cameras. The fast ending of the FireWire interface is quickly found: USB 3.0 and Windows 8. USB 3.0 offers a 5 times higher bandwidth compared to FireWire-b and enables vision applications with higher image rates, resolutions, and other pixel formats. Furthermore the CPU load of both interfaces is very low, but the real-time capability and the latency of the USB 3.0 interface is better. This package and the downward compatibility helped the USB 3.0 interface to become the new consumer standard. A further deep hit for the FireWire interface was Microsoft's decision to cancel the native support of FireWire in Windows 8 - the final knockout of FireWire.

But Hayeg was not discouraged, on the contrary, they made a virtue of necessity. A competent partner for the USB 3.0 interface was found quickly: MATRIX VISION. But USB 3.0 alone is not enough. An advantage of FireWire was the standardized interface to control the camera. The USB3 Vision standard provides this for USB 3.0. It was therefore clear to trust the expertise of a USB3 Vision standard committee member from the very start. A suitable camera for the inspection cell was found quickly, too. The mvBlueFOX3-1020G with e2v's 1/1.8" CMOS sensor, 1600 x 1200 pixel resolution, and a maximum frame rate of 51.7 Hz. These features upgrade the resolution and the frame rate of the inspection system. The image quality and the impressive sensitivity of the e2v sensor is comparable to CCD sensors. The small size of the camera simplified the integration into the existing system and with the help of MATRIX VISION, the software integration was finished in no time.

"The product range with different interfaces was another plus of MATRIX VISION. With the low-cost USB 2.0 camera mvBlueFOX-IGC it was possible to extend our HSC series by a cost-effective model."