GigE Vision is an industrial image processing standard first published in 2006. To be compliant to Dual-GigE and 10 GigE interfaces, the standard was upgraded in 2012. GigE Vision defines

and establishes the interface to GenICam. GenICam again abstracts the access to the camera features for the user. The features are standardized (name and behavior) by the ”Standard Feature Naming Convention“ (SFNC). Additionally, it is possible to create specific features in addition to the SFNC to differentiate from other vendors ("Quality of Implementation").

Gigabit Ethernet was introduced in 1999. In the meantime, it is the network standard and available everywhere. For this reason exisiting network infrastructur can be used for image processing applications. The Gigabit Ethernet interface supports a net bandwidth of 1000 MBit/s, however, with Link Aggregation you can double the bandwidth. With a max. cable length of 100 m the interface is suitable for applications with

as well as for applications, where you need a high

The cost-effective Ethernet accessories are a further advantage.

For quite some time now 10Gigabit Ethernet or 10GigE for short, the next development stage with 10 times the data rate has been available for some time. This means that the high frame rates of modern sensors can also be transmitted via commercially available and thus cost-effective network components.

No matter if GigE, Dual GigE or 10GigE, MATRIX VISION developed the Multi-Core Acquisition Optimizer (MAO) to distribute the higher data load of modern sensors to the available processing cores. 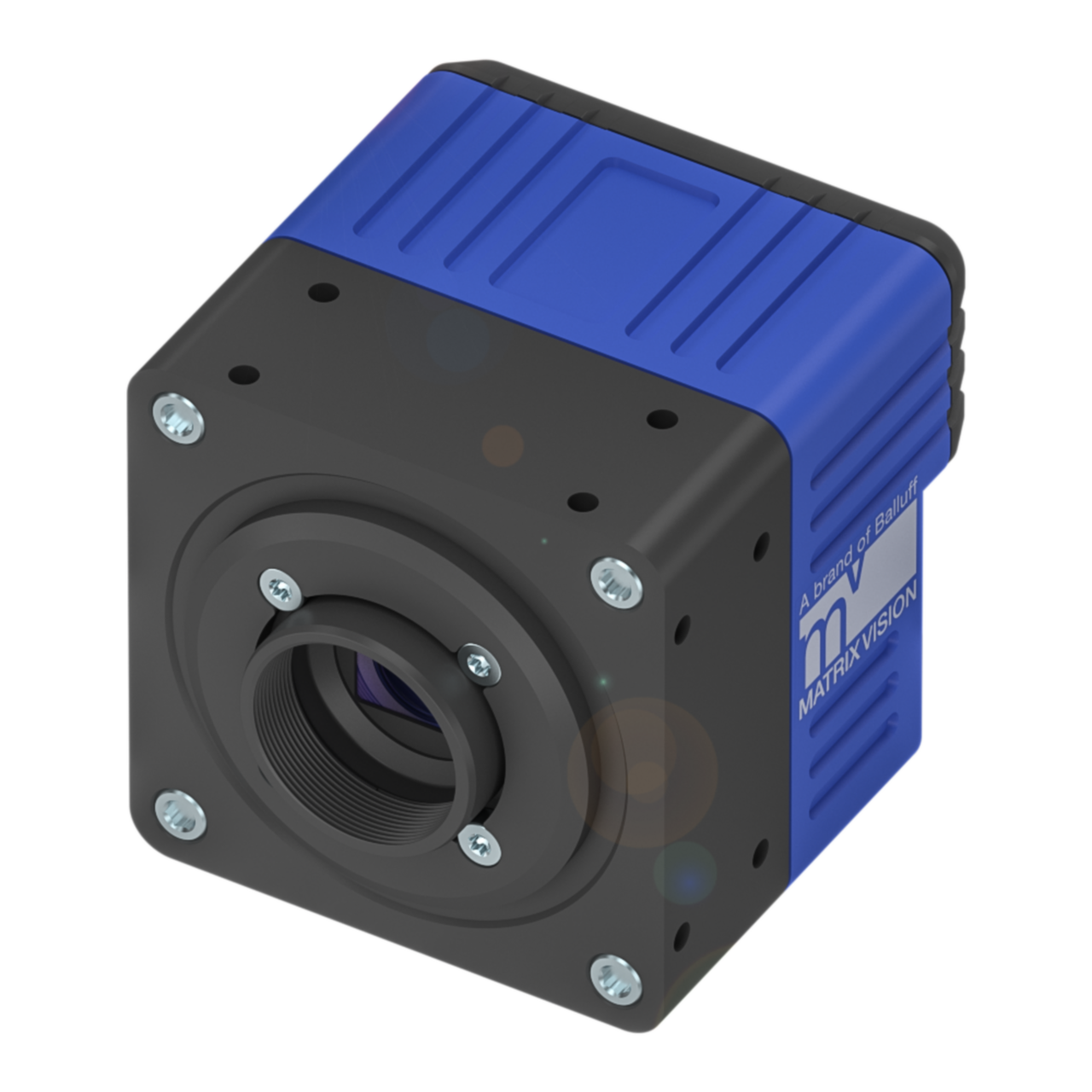